Expect to see the usual suspects on this list of well-known cannabis investors, as well as some surprises that know a good investment when they see it. 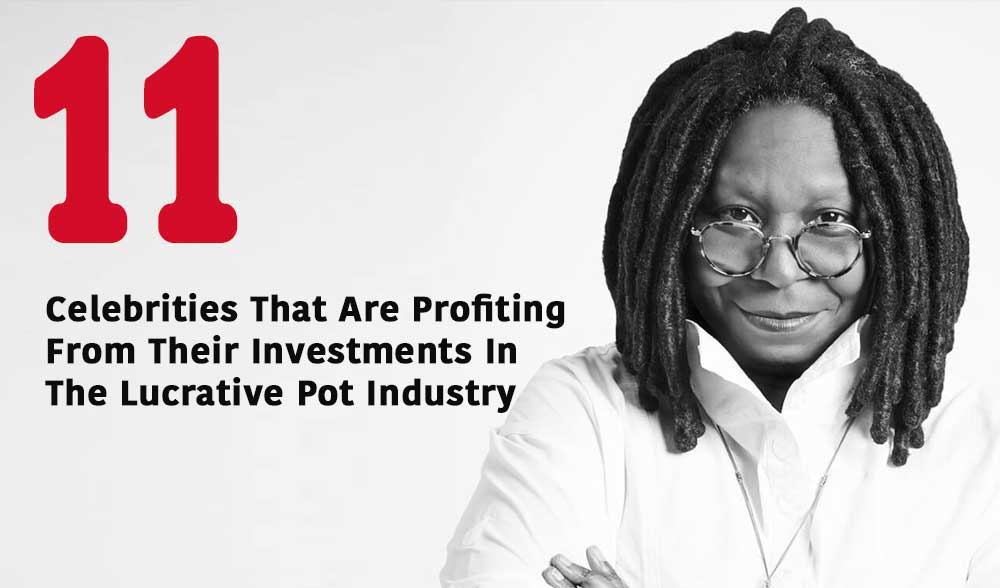 The number of marijuana-friendly states in America is steadily growing, with Canada becoming the second country to fully legalise cannabis. Considering the local developments that have made the personal use of marijuana legal, it may be time to start investigating the profitability of a cannabis company, like these celebrities did.

Cannabis stocks are also skyrocketing, in 2016 the cannabis stock index grew by 236%, according to Viridian Capital Advisors, a financial advisory firm specialising in the marijuana industry. A new report from New Frontier Data reveals that the legal cannabis market will create more than a quarter million jobs in the USA by 2020.

Forbes also reports that in 2016, the legal cannabis market was worth $7.2 billion, and is projected to grow 17% year-on-year, resulting in a $13.3 billion in medicinal marijuana and $11.2 billion in adult recreational sales by 2020.

Here are the 11 celebrities that saw this trend coming and have invested in the lucrative marijuana industry: