Leadership: A Potent Combination Of Strategy And Character

by Dirk Coetsee
in Strategy
0

6 Questions You Should Be Asking When Coaching

Have You (Really) Put Your Business To The Test?

What Tinder Can Teach You About Better Strategic Decisions

“Leadership is a potent combination of strategy and character. But if you must be without one, be without strategy.” – General Norman Schwarzkopf

In the context of a large number of businesses and franchises being over managed and under-led I found Roman’s Pizza to be a welcome exception.

As I walked into John Nicolakakis’ (CEO of Roman’s Pizza) office I was met with the confidence of a man whom has been in the trenches, one whom has done the hard work himself and who’s passion for the brand is visible in his demeanour and speech. As he put it: “My father and I love this brand like you would love a child, always nurturing it, and always looking after it.”

Him saying that, I recognised that I was sitting in front of a “cause fuelled” leader, one who finds purpose in what he does and whom derives energy from this purpose, and that increasing profit was definitely not the sole driving force of his success. 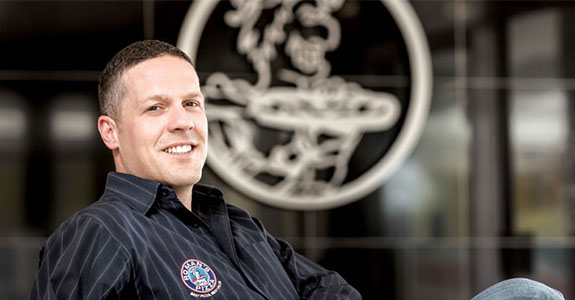 “Best Pizza – Best Value” in the Roman’s Pizza context is definitely not a theoretical “mantra” being chanted in the hallways of their head office. John, realising that those two values forms the chore of the brand, makes all decisions accordingly. Costs are not being cut aggressively purely for the sake of it being prudent business practise but to deliver on the promise that the aforementioned values embody.

John is a clear communicator and no one from the head office team down to every franchisee, or any stakeholder can claim that they do not know what is expected of them. “We shoot from the hip” was the term he used and by how clearly and concisely he answered my questions there was no doubt what Roman’s Pizza stood for and what this brand means to its Leadership. It is also clear that although his communication style is very direct, the support to franchisees is also very direct and aimed at delivering on the values of the company.

Johns’ personal cell phone number is available on the company website and he interacts regularly with Roman’s Pizza customers directly and expects the same from all head office personnel. All of the above forms part of Roman’s Pizzas’ rich culture.

Mastering any aspect of life, business, or leadership, is inherently about the ability to simplify what appears to be complex. John has a simplistic view on the difference between leadership and management and is clear on what that means in relation to his role as CEO.

“Leadership is the future, and management is the here and now.” 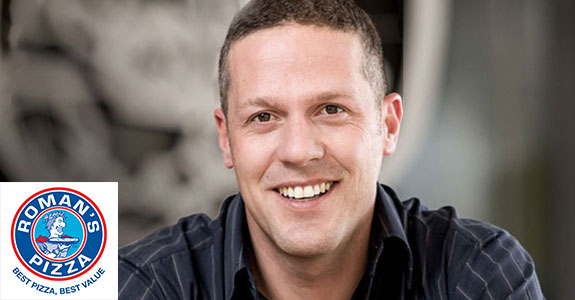 To lead by example John has spent a lot of time micro managing certain elements of the business, but is also deliberately freeing up more and more of his time to work on the future vision of this industry leading company and to maintain and build its culture.

Similarly, Roman’s Pizza is a brand built on the foundation of trust and as a result an agile brand. Leaders are followed and trusted when they consistently behave in a way which is congruent with the company vision and values. In general, Roman’s Pizza franchisees trust their leaders as the company owns several stores and goes through the same challenges as the franchisees.

A learning culture is part of the Roman’s Pizza ethos and learning is in part done through experimentation by head office. When an experiment fails the cost of failure is not passed onto the franchisee but is incurred by head office through a reduction in royalties for a period of time.

John himself reads and learns all the time and encourages all head office staff to do the same. He immediately had a Jim Collins quote handy when I asked him about the Roman’s Pizza approach to change: “Test things with bullets, not with bombs “, alluding to the incremental approach to change that this franchise system has adopted.

In conclusion I believe that most will agree with General “Stormin Norman” Schwarzkopf that Leadership is a potent combination of strategy and character. After close observation I am impressed enough by this brand to say Roman’s Pizza has both.

Dirk Coetsee is an international online Peak Performance coach. He specialises in coaching people and teams to actualise their potential, multiply their results and find more fulfilment in what they do.You can contact Dirk directly at: dirkcoetsee3@gmail.com