UberEATS Is Coming To South Africa

Be Your Neighbourhood’s Best Buddy

Clean Out, Clean Up – And Win Big With Cash Converters!

It would appear as if food delivery service UberEATS will soon be making its debut in South Africa. Although the company has not officially announced that the service is coming, it has posted job ads for a marketing manager, general manager and a restaurant operations manager for UberEATS.

The post for a general manager states the following: “This is an intense business side start-up role, and you will work with the UberEATS operations teams along with headquarters-based engineering, product, and process teams. You will have direct responsibility for the growth of the UberEATS business.”

Are local delivery companies worried about this new international competitor? Mr Delivery’s head of food delivery Devin Sinclair doesn’t believe that UberEATS will be quite the disruptive force that Uber proper has been.

“UberEATS’ impending arrival in SA will mean an increase in competition in the local market, but this is something we at Mr Delivery had anticipated and have been quietly preparing for over the past 18 months. We don’t see the arrival of UberEats as quite as revolutionary to the food delivery industry as the arrival of Uber was to the transport industry. There is a strong chance that UberEats will face the same challenges locally that they have faced abroad, when they have come up against more established competitors,” Sinclair recently told Business Day.

Uber arrived in South Africa in 2013, and currently boasts around 4000 drivers here. UberEATS first arrived on the scene internationally in 2015, and there has been a steady increase in the offering globally in 2016. It has not been announced yet exactly when UberEATS will start operating locally. 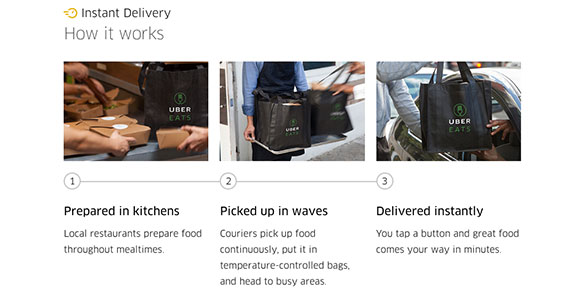