No Result
View All Result
Home LAUNCH Funding How to Guides

In our comprehensive small business funding resource, you can find all the main types of funding and how you can go about applying for each.

How To Become a Business That Funders Will Back

Crowdfunding Secrets: 5 Tips Of Success From The Most Victorious Campaigns

5 Steps To Winning Your Next Pitch 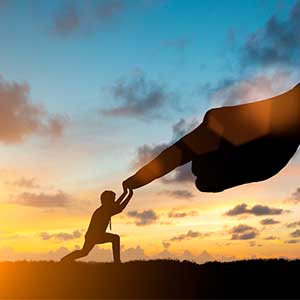 “While we bootstrapped early on, we also met with investors,” says Anish Shivdasani, co-founder of Giraffe. “These were mostly people we had been put in contact with via our own personal networks. Importantly, we never asked for money. In fact, to this day, we haven’t asked for money. We simply introduced ourselves to investors and placed Giraffe on their radar.”

This strategy enabled funders to get to know the company, but by not asking for money, the founders let the company’s performance speak for itself.

“We simply stated our intentions when we met with investors. When we saw them again six or twelve months later, we could tell them that we had followed through on our plans. We had attained some real traction, which made us worth investing in,” says Shafin Anwarsha.

The truth about Venture Capital funding

Something to keep in mind when looking for a venture capitalist is, not all of them are the same. They won’t all be able to supply the same amount of value-added services. The best way to avoid being disappointed is to do extensive research on the venture capitalist, even consider asking other entrepreneurs who have dealt with the VC, to gain a realistic understanding of what to expect.

“It’s important to get on with the people who will be investing in your company. You need to be able to work with them,” says Shafin Anwarsha, Co-Founder of Giraffe.

“We were approached by another investor as well, but we ended up going with Omidyar Network — who had approached us after we won the local SeedStars event — because the firm was asking the right questions. They grilled us hard, but we realised that as an impact investor, they could bring value to the business.”