The Hard Truth About Launching A Business

by Alan Knott-Craig
in Ready to Launch
0

The Importance of Your Business Location When Attracting Customers

7 Steps To Launching Your Own Business

Silicon Valley venture capitalists will not back a start-up unless there are at least two founders. They’ve found that the odds of success are much higher when there is a complementary team running the show, rather than a single ‘Great Man’.

Silicon Valley knows what it’s doing. It doesn’t matter whether you’re looking to raise money or not, you want to maximise your odds of success. Having a partner increases your odds. The trick is to find someone who shares your values, while having different strengths. For example, if you’re strong on product and sales, find someone who’s strong on operations and finance.

The complementary skill set will unleash you to focus on what you’re excellent at, while giving you peace of mind that your partner has your back.

Shared values are critical. It’s easy to get along when the going is good. It’s when the going gets tough that you’ll start fighting. Without a shared world-view, you won’t survive the speed-bumps and you’ll end up divorced.

Generally speaking, having a partner will make it easier to raise money, easier to operate your business, and easier to weather the hard times.

The biggest sacrifice in a partnership is that you’ll be forced to compromise. You can’t have it all your way all the time. If you’re not willing to give a little, your partnership will fail.

Your biggest risk is that you choose the wrong partner. Getting married is hard. Getting divorced is much harder.

If you decide to get into bed with someone, leave yourself a window period where you can both back out of the deal. During that window make yourself vulnerable. Turn up the heat. Do everything you can to establish the temperament of your partner. Better to break up sooner than later.

I usually have ideas — crazy, redundant, weird, nice and in many forms. Is there a place where people can access people’s ideas and anyone can submit proposals to owners to pursue them?
— Enos Phasha

Yes. That place is called the ‘Internet’. If you have a crazy idea, put it out there. Blog, Facebook, Twitter, whatever, go and tell the world.

Just remember that ideas have no value. Execution is where the value lies. If you want to benefit financially or reputationally from your ideas, you need to build the skills, capital and network to let you execute your ideas.

Who knows, maybe someone contacts you to help them make your dream a reality. At the very least it’s good karma. Help other people unconditionally, and help will come your way.

It will always take longer than you anticipate

I launched my business six months ago and everything is taking much longer than I anticipated. How do I know when it’s time to throw in the towel, or if I should keep pushing forward? — Anonymous

The rule of thumb for your start-up timeline is this: Estimate how long it will take to make a profit. Double that time. Double it again. If you think it will take six months to find success, plan for two years.

The same goes for cash flow. Excel will whisper sweet nothings in your ear. Ignore Excel. If you think you’ll need R1 million, plan for R4 million. An under-capitalised start-up is like an under-weight newborn baby. Low odds of success because your energy is invested in survival, not growth.

No one ever succeeded without persevering. You can’t throw in the towel at the first sign of trouble. That said, many an entrepreneur has wasted their life flogging a dead horse. Sometimes you just have to admit defeat and move on.

Always give it six more months

Apply the Six-Month Rule. When you hit the wall, when you’re ready to quit, when you can go no further, give it six more months. Put in 100% for the final stretch. If you feel the same at the end, throw in the towel and find a new venture.

Many an entrepreneur has quit just before the finish line, missing their pot of gold just because they didn’t push through. Don’t be that person/guy. Give it another six months, flat out.

Do you have a burning start-up question? Email: alan@herotel.com

Read ‘Be A Hero’ today 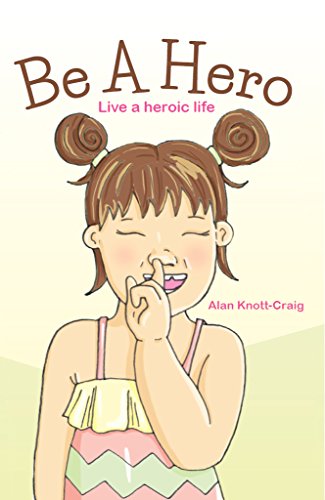 Start-up guru. Tech genius. Best-selling author. Alan Knott-Craig is a World Economic Forum Young Global Leader and the founder of more than 20 companies in the tech space who shares his expert advice and insights with entrepreneurs in the start-up phase. To find out more about his latest book, The 13 Rules for Entrepreneurs, go to bigalmanack.com/13rules/