On 15 September 2016, Chivas Regal, the world’s first luxury Scotch whisky, will launch the third year of The Venture – a global platform to find and support promising entrepreneurs who want to Win The Right Way – those who aspire to use enterprise and innovation as a force for good.

The Venture provides “social entrepreneurs” the opportunity to win a share of USD 1 million in financial investment, invaluable contacts and global exposure for their company, as well as mentorship from world-famous business mentors.

In 2016, more than 2 500 owners of start-ups from around the world applied for The Venture II, but only 27 were selected. Previous winners who have represented South Africa in the USA include CrashDetech, a revolutionary mobile phone app that detects car crashes, and Lumkani, a shack fire-detection device now used in informal settlements. Both businesses benefited from the opportunities created through The Venture platform.

This year, for the first time ever, Chivas Regal South Africa is exploring an exciting new platform to garner entries in the format of a 10-part televised elevator pitch series. Entrants from the submissions to The Venture will be selected to appear on the series where, in just 60 seconds, they will pitch their business ideas. 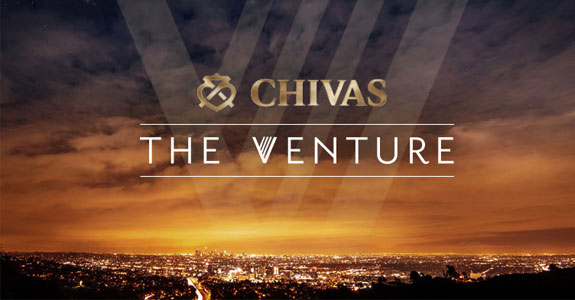 Participants will be narrowed down to top five, who will then be mentored by well-known South African business moguls. The five will then re-pitch their polished business plans in a finale session to a panel of experts and celebrities, who will select The Venture 2017 winner to represent South Africa in The Venture III final in USA.

The show will air on national television, providing entrants with unrivalled publicity for their business.

According to Shelley Reeves, Marketing Manager Scotch Whiskies: “The essence of Chivas Regal’s global campaign of Win The Right Way aligns the values of Chivas Regal with the human value of aspiring to use enterprise as a force for good through social entrepreneurship. This innovative form of business creates renewed focus on key aspects of social development, such as long-term sustainability and efficiency, by blending traditional business objectives with the South African philosophy of Ubuntu.

“Over the last two years, we have shown our belief in and commitment to this philosophy by awarding USD 2 million to start-ups that ‘do well by doing good’, because we believe purpose and profit can coexist,” she says.

Both established and aspiring entrepreneurs can submit their business plans on www.Theventure.com from 15 September to 15 November 2016 to stand a chance of winning a portion of USD 1 million and representing South Africa on a global stage. Competition T&Cs can also be found on the site.