What Entrepreneurs Could Expect From The Budget Speech

by Nicole Crampton
in ExpertHub Today
0

The National Budget Speech, taking place on 24 February 2016, will impact the entrepreneur across the country.

What can only be predicted is whether it will be a positive or negative impact. CEO of FNB Private Wealth and RMB Private Bank, Erin Enslin, believes that the Budget Speech should focus on prioritising concrete interventions, which will assist in avoiding further economic decline and rallying investment prospects.

He believes that one of the important processes government can take, which will boost small businesses and entrepreneurship, is the reduction of bureaucratic red tape.

This particular idea doesn’t require significant government spending, which means it will have a large positive impact on business owners and not be costly for the government.

Bierman noted from the recent State of the Nation’s Address that government is acutely aware that the large layers of bureaucracy are stifling budding entrepreneurs. This has become a perpetual issue that needs to be addressed to assist small business in growing faster, argues Bierman.

“Our plea to government is to look at slashing red tape, and to make sure that the remaining compliance rules that are truly necessary are implemented efficiently, effectively and with quick turnaround times.” 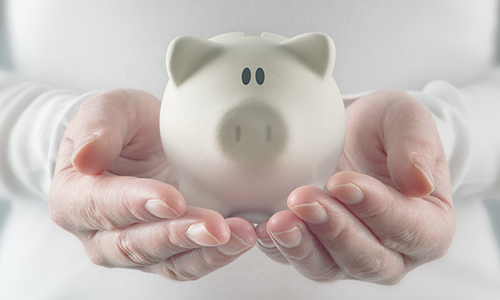 Bierman says that to expect further tax breaks for small business owners in the upcoming Budget Speech, may be too optimistic, especially in light of the growing deficit the country faces.

“The main tax concessions for business owners, namely Small Companies Tax, Turnover Tax and the exemption on registering for Value-Added Tax, are likely to remain. Any increase in the levels of these concessions will boost entrepreneurial growth, and should government believe that it is unable to concede more, it can help simply by softening its stance on issuing tax clearance certificates,” explains Bierman.

Rob Cooper, Tax Expert and Director of Legislation Updates and Proposed Legislation at Sage HR & Payroll explains: “The National Minimum Wage has been with us for a long time and we are hoping in this coming budget that we will have some sort of a firm proposal as to whether it is going to ahead or not. It seems that it’s a question of when it will be implemented, not if.”

Bierman urges: “Wage demands will have to be tempered by a realistic assessment to the extent of strain on the economy. Big business will have to stop using the bargaining council system to erect barriers to entry into their industries against small businesses who can’t afford the high minimum wages.”

Despite the budget constraints Bierman believes that there is dire need of an emergency fund for deserving small business. There is a strong argument for the setting aside of these fund to support small business who could otherwise close down in the difficult year to come.