[Quiz] How Good Are You At Reading Others In Business?

by Gilan Gork
in Self Development
0

You’re in the middle of a negotiation and someone in the other party displays this still gesture as he’s talking. You feel that he is: 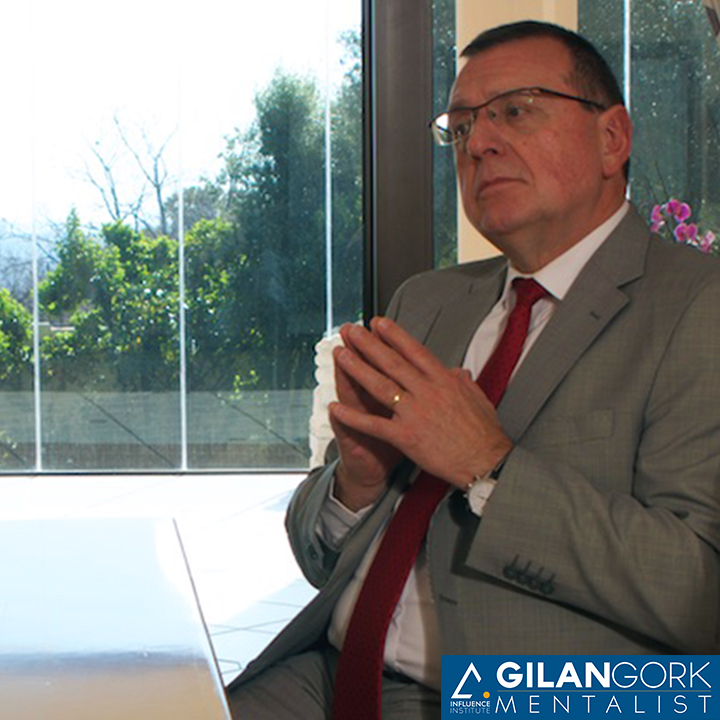 2In which picture do you think the person has just told a lie?

You have three separate conversations with team members 1, 2 and 3. In each conversation you casually enquire about their individual progress in a particular project. Below are the gestures each person displayed when they answered you. 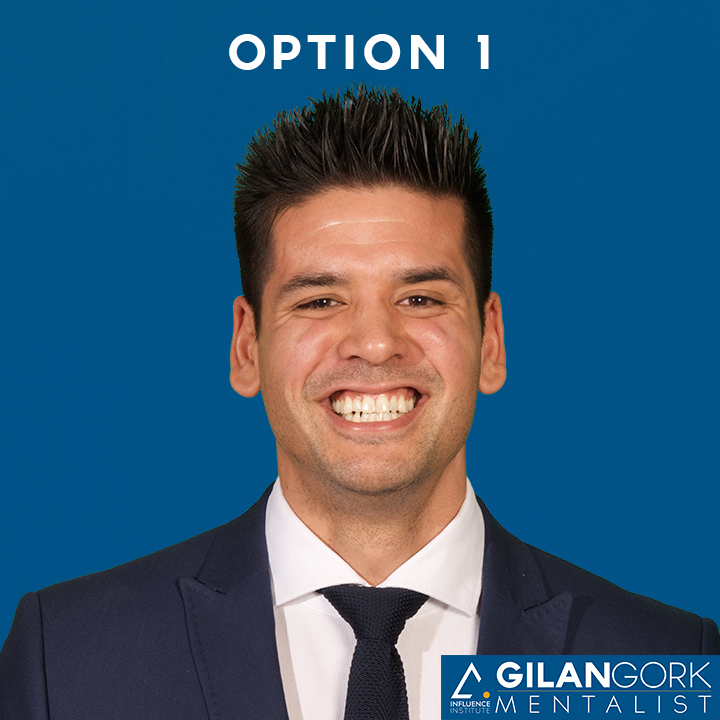 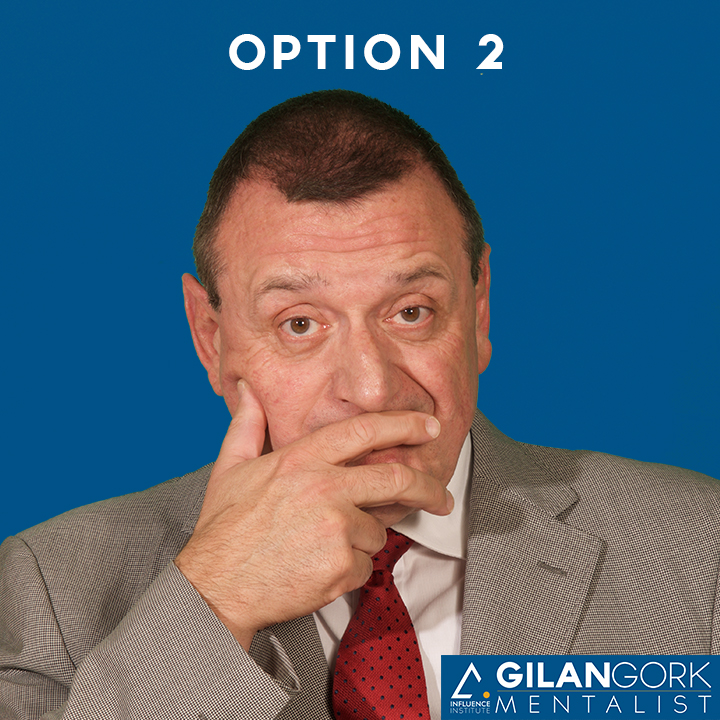 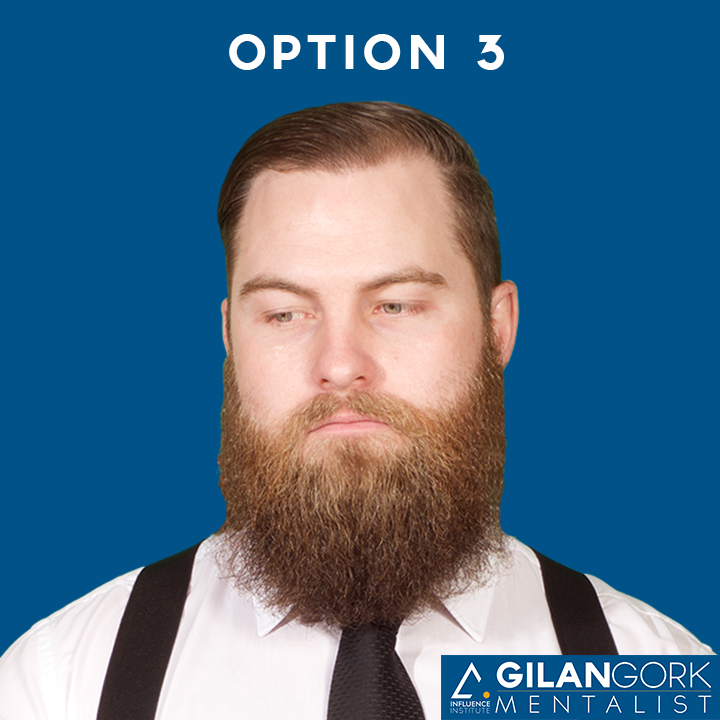 Which would be true:

3Where would you sit?

You walk into the boardroom to deliver a presentation to a person who is already seating at ‘A’. You need to decide whether to sit at any of the seats from 1 – 6. Which seat do you choose to have the best chance of influencing the other person? 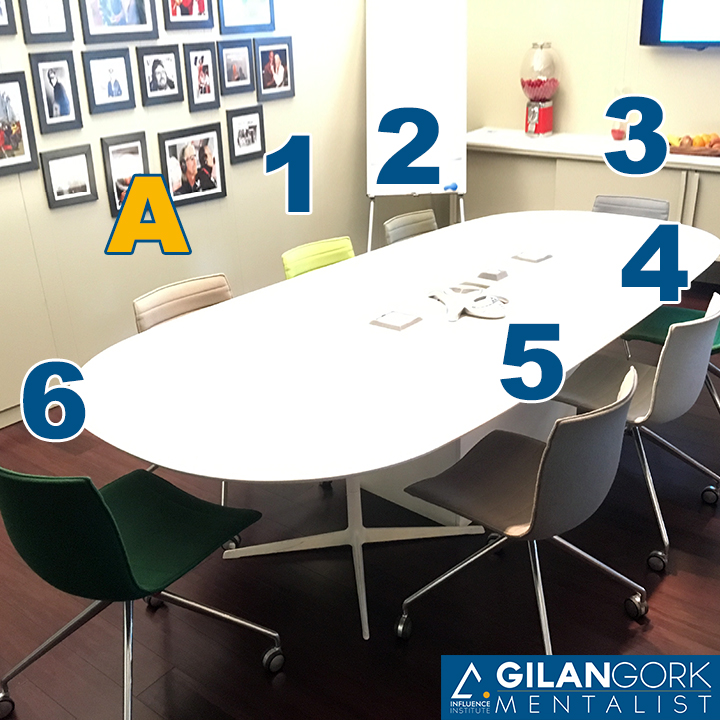 4Which pose would you use to connect quickly with the other person?

You’re meeting a potential client (person ‘A’ in the image) for a casual coffee meeting at a restaurant. You really want to create a good rapport and a quick connection with this person. Which pose would you use, between the three options below? 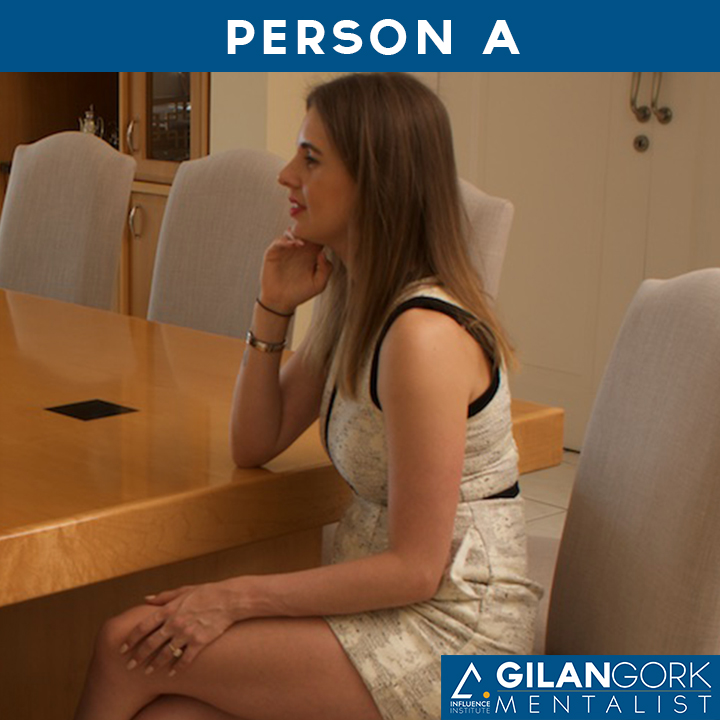 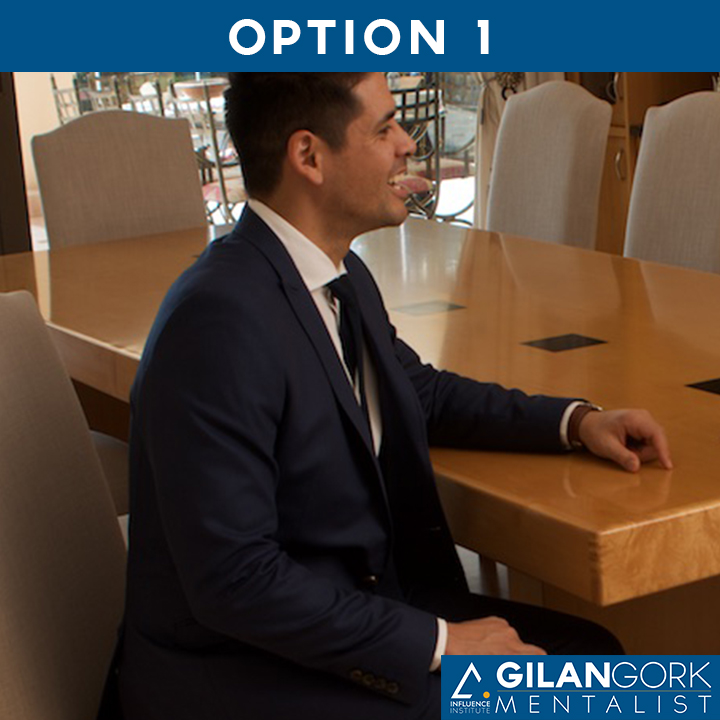 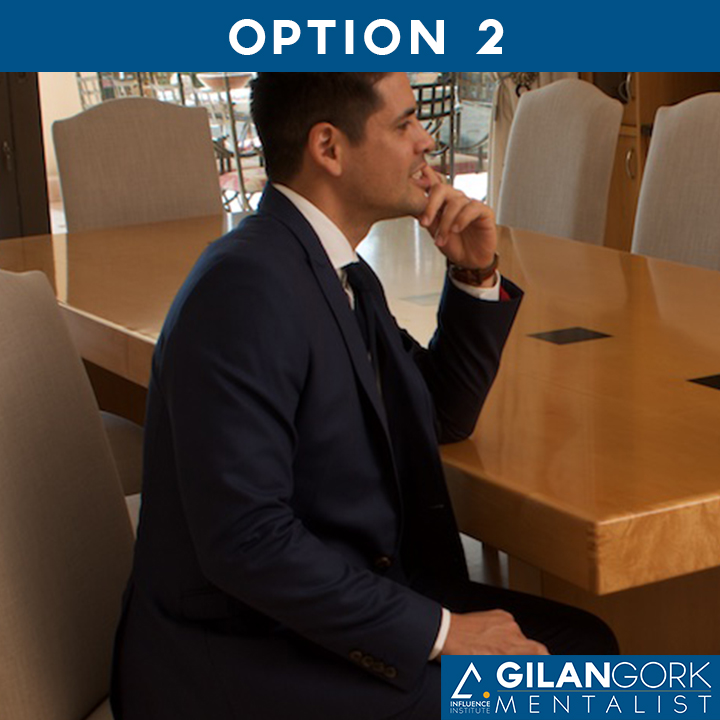 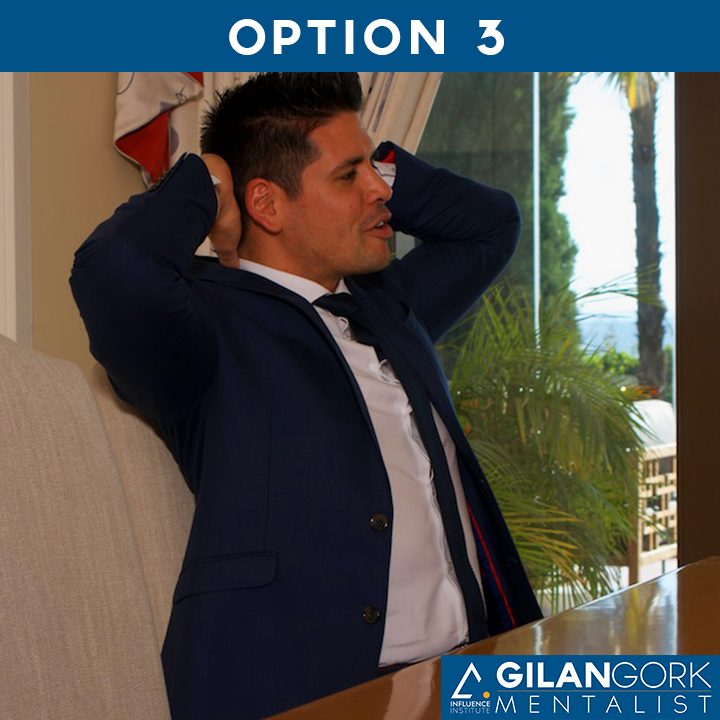 5What is she thinking?

You’re at a shopping strip, walking back to your car. You happen to notice one of your top clients walking towards her car too. You’re considering going over to say hello, but you’re unsure what her body language is suggesting. As you’re reading the situation, what do you think she’s thinking? 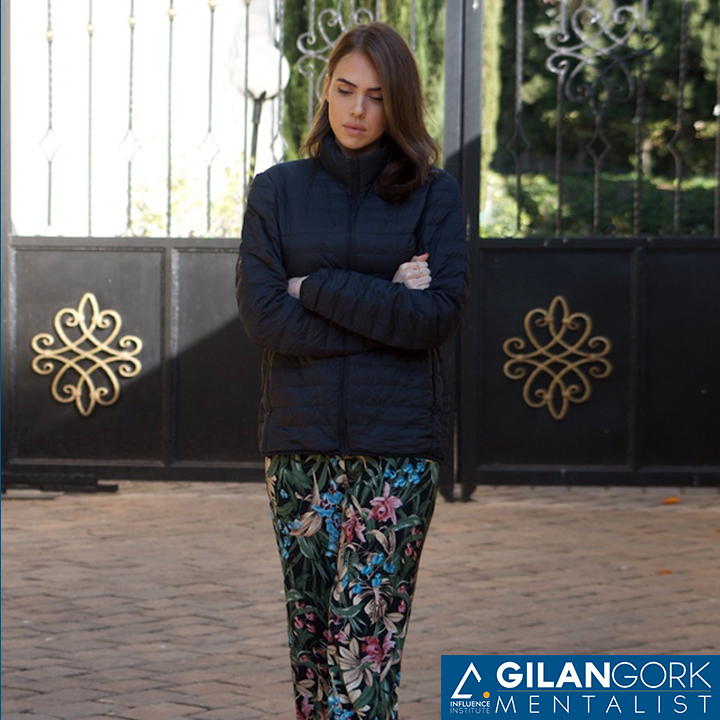 You’re having a serious discussion with someone about something they had committed to do, but let you down. You let them know how you feel, and they display this gesture… 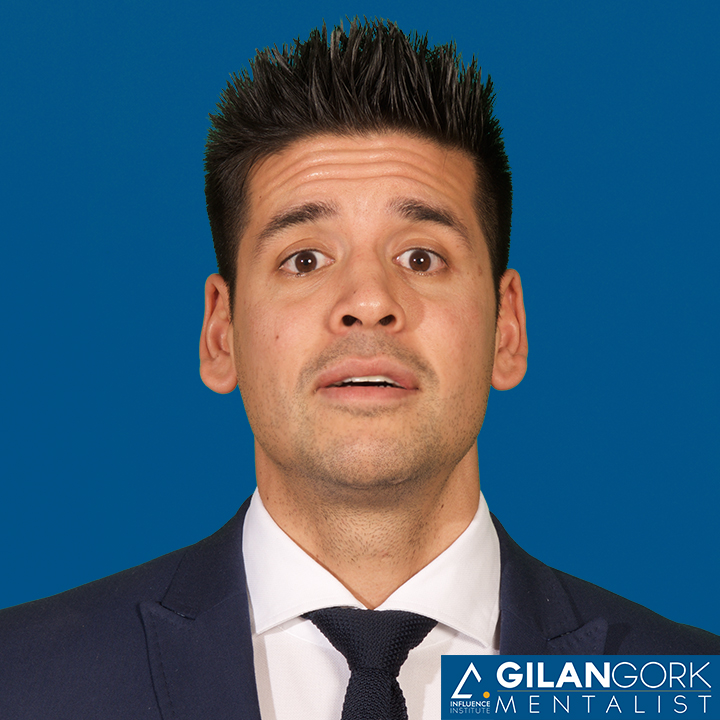 7Which hand gesture should you use?

There’s some office politics going on and you witness two colleagues having a discussion. Your one colleague, Peter, is trying to convince the other, Paul, that he honestly meant well and that he’s sorry. If Peter is being genuine, which hand gesture would he be using the most? 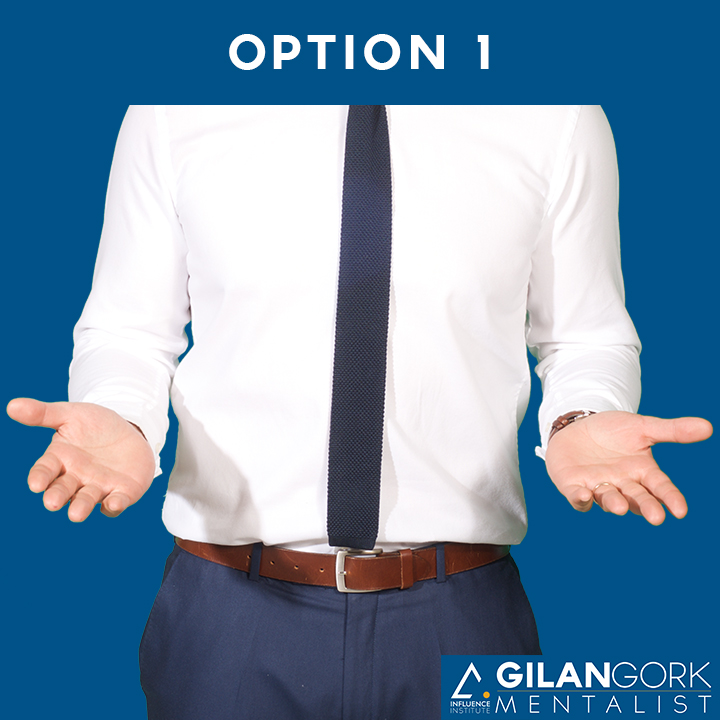 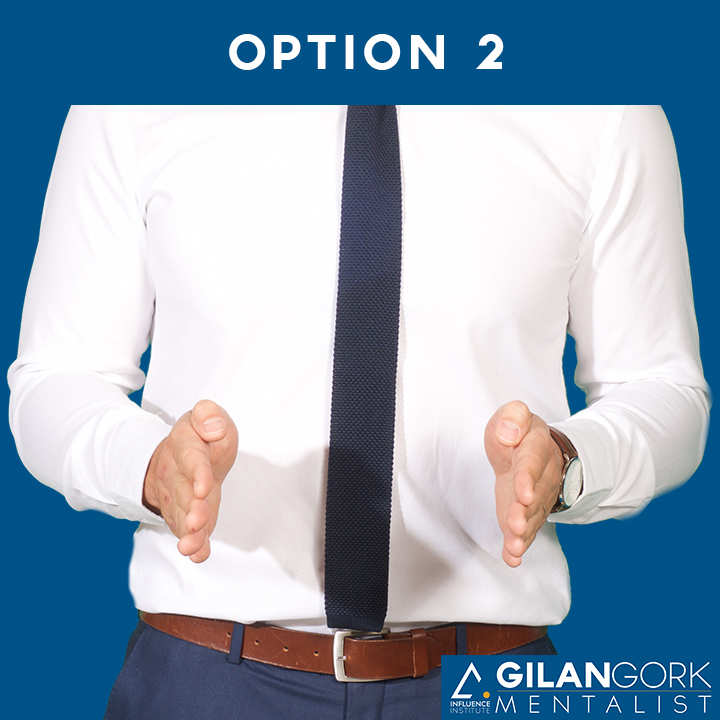 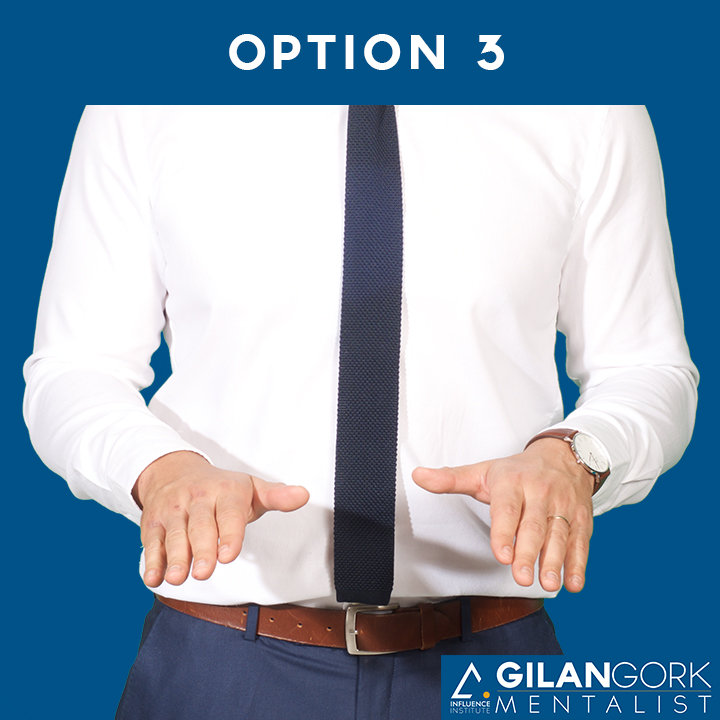 You’re at a social gathering full of influential people in your industry. You notice two of them having a conversation, and you wonder if it’s a good time to join in. Based on their poses: 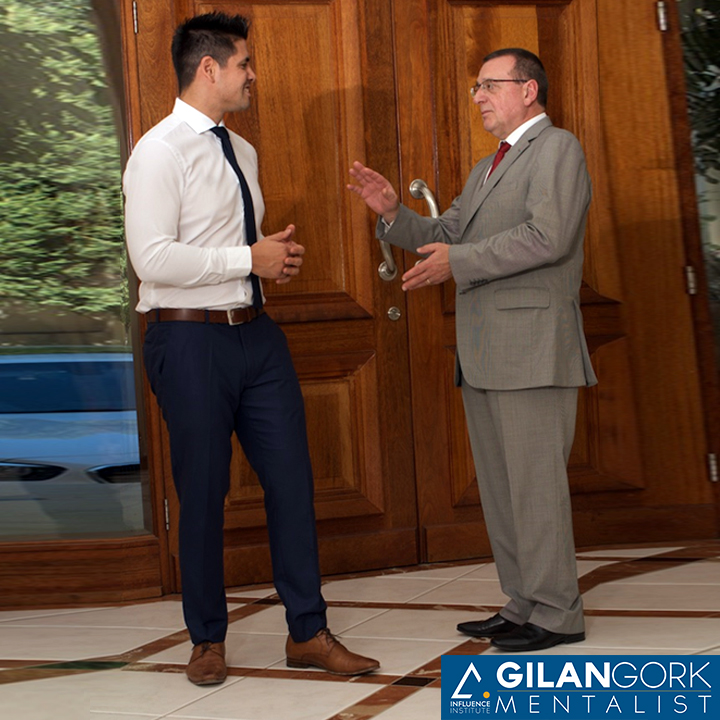 9Are they just being polite?

You’re in the middle of a meeting, and the business associate from whom you’re trying to get buy-in smiles at you and says “That’s really impressive…” You want to know if she’s just being polite or if you need to change gears to genuinely engage her. She’s smiling, but is she just being polite? 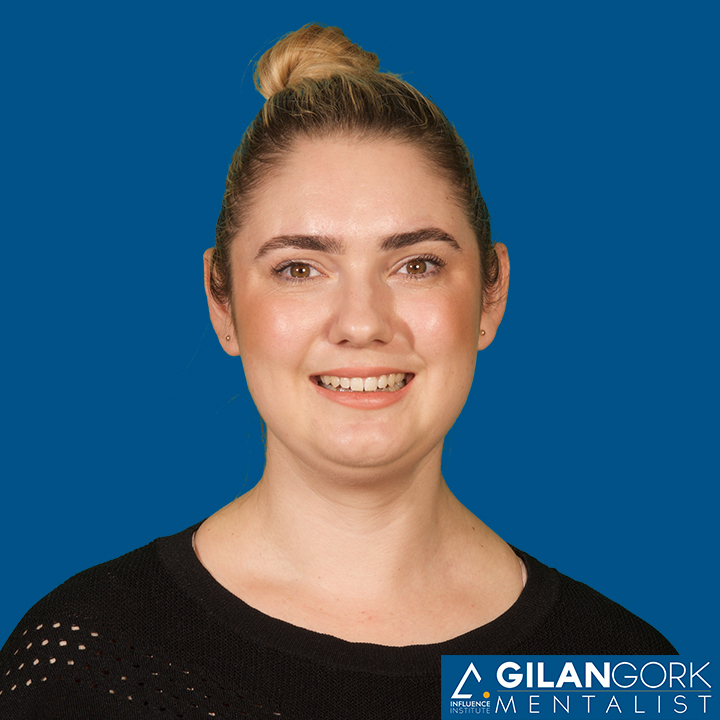 10Are they going to buy-in or sell-out?

You’re discussing the way forward for a project and selling your team what you require of them to make it all work out. You turn to one member of your team and tell him the type of involvement you have in mind for him. He displays this gesture: 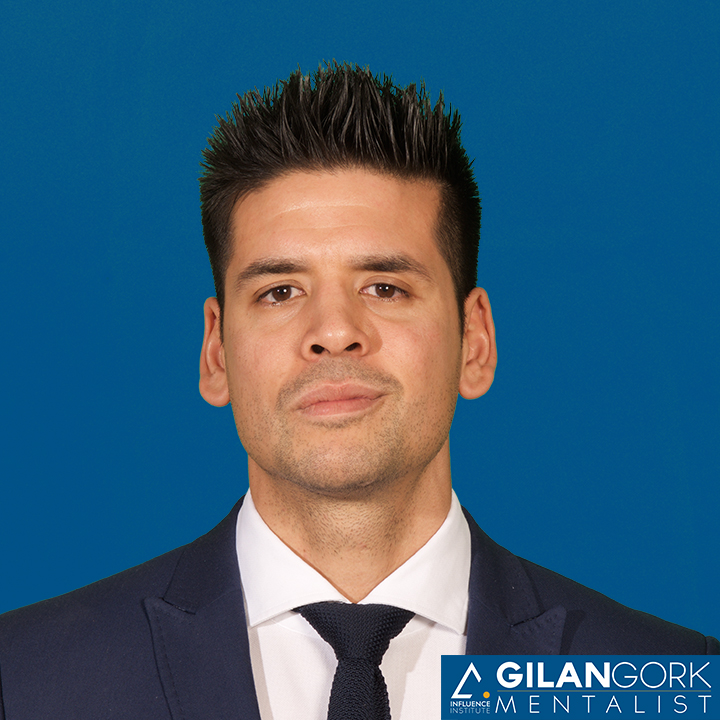 Known as the Master of Influence, Gilan Gork is a corporate speaker and entertainer hired by companies globally for his professional shows and expert keynote talks. Although he demonstrates an uncanny ability to read people's thoughts, he has never claimed to possess any psychic or supernatural powers. Rather, he has the ability to use skills of influence, persuasion and reading people. Many of these skills can be learnt to increase your effectiveness and achieve your goals faster.