How Triggerfish is Putting SA on the Animation Map

Sometimes growth happens quickly. The right market, idea and execution combine and the result is a high-impact, high-growth business. Other dreams take longer to fulfil. The strategy has a longer tail, and the entrepreneurs must practice painstaking patience. The goal might take longer, but the results will be worth it.

Stuart Forrest is living one of those long-term goals. He believes his company, Triggerfish, can produce a US bestselling animated film by 2030.

It sounds like a lifetime away, but when you’re competing with industry giants like Disney and Pixar, even two decades is pretty audacious. It’s going to take careful planning, unwavering focus, and continuously building on small victories, but Triggerfish is certainly up to the challenge.

Forrest and his partners believe that success is a practice thing – the more you do something, the better you get at it, from developing stories and characters, to implementing and fine-tuning systems and processes.

Here’s how they’re planning on doing it.

When Forrest joined Triggerfish in 2002, it was a stop frame animation company whose biggest client was Sesame Workshop, the New York-based parent of Sesame Street and Takalani Sesame. Forrest and a colleague, James Middleton, bought minority shares in the company in 2004, but hit their first roadblock almost immediately.

“Stop frame was becoming a thing of the past, and we didn’t have the skills to produce computer generated animation,” says Forrest. It’s a problem many companies have. The market shifts dramatically, and the business can’t keep up.

“We were forced to sell all the equipment and the original owners moved on to new things, leaving us with full ownership of Triggerfish.”

It was tough times, and Forrest went into huge debt financing his living expenses. “There was significant international credibility in the fact that we’d been doing Sesame Street animation for ten years, but we’d also done enough work for them to last the next two years. Our biggest client didn’t need us.”

Add to this the fact that the stop frame market had disappeared, Triggerfish had no clients and no work in the pipeline. All they had was the Sesame Street reputation, which was the gold standard in the kids’ animation industry. It was the only leverage Triggerfish had. 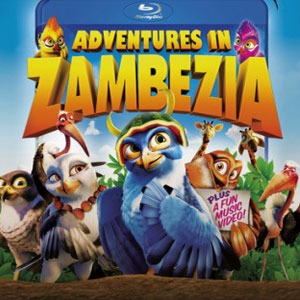 “We had scaled down, moved into my living room and sold all of our equipment.” And so the partners came up with an incredibly risky passion project: They would create a local, animated feature film based on a feature film pilot they had created for a US investor. It was a huge risk. They had no money, and even though they were living incredibly lean, they had no guarantee that the project would take off. If it didn’t work, the business would fail. But if it did, they were one step closer to creating a major local production house, with an eye on the international market.

Mike Buckland, who had worked with Forrest on the pilot for Zambezia, joined the team in 2006 as head of computer animation. At the same time, creative director Anthony Silverston joined as the fourth partner and began work on writing feature film scripts. The team was assembled, and focus turned to getting Zambezia off the ground.

“We spent a year writing the script, and then began pitching it to investors,” says Forrest. Which is where the studio’s great reputation started paying off, and where a key lesson is clear – always play to your strengths. “We secured funding and the project was green lit.”

This was in 2008. It took another year to close the legals, production began in 2009 and the film was released in 2012. With worldwide distribution and major releases in several big territories, the film went on to become one of the highest grossing African-owned films of all time. While the film did make money on its initial release, expenses and finance charges were high.

“Today we receive a cheque every three months, and this will continue indefinitely. That’s the beauty of digital; it doesn’t take up shelf space, so it will continue to be sold and screened.” 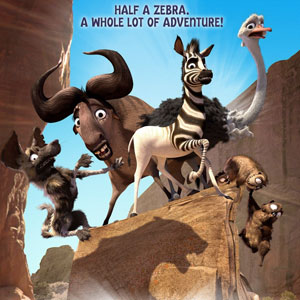 Making Zambezia wasn’t about money. It was about creating and distributing a feature film, and learning enough lessons to make a second, better film. That film is Khumba.

“The local film industry is too obsessed with South Africa. We make films for South Africans, and ignore the international market. At Triggerfish we didn’t want to do this. Our eyes are on the international stage. It’s going to take us a long time to really compete in that space, but that’s why we have goals, and a path that we’ve worked out. We’re not going to rush it. We’ve got a lot to learn before we hit that 20-year goal, and we know it.”

Getting Khumba off the ground is certainly a step in the right direction though. This time, funding was easier to secure. Production began in 2010 and the film was released in 2013.

“We’re still bootstrapping the business while we focus on the bigger picture. We have writers in the US and South Africa, story board artists and a core development team, but the bulk of the talent we use are contractors who work on a project-by-project basis.”

The business side of Triggerfish had now become all-important, as Forrest realised that operating as a collection of artists working on passion projects wasn’t paying the bills.

In 2012 the fifth partner was brought into the business – chief financial officer Jean-Michel Koenig. Koenig recognised that the keys to improving revenue lay in getting better deals with the distributors, and this could only be achieved by deeper networks and holding more market leverage.

In 2014 Triggerfish signed a deal with William Morris Endeavor (WME), the Beverly Hills super-agent operating at the heartbeat of Hollywood. The deal sees WME partnering with Triggerfish to raise financing, handle distribution and use their extensive networks to enable the young studio to grow into their vision.

“We understand that to reach our aims, we can’t put a ceiling on what we want to achieve. If you want to be big, you have to think big, but understand that it’s the small, careful, and above all, patient steps that get you there. It would be delusional to expect to compete with the major studios on our first films, but we know we can get there eventually if we don’t lose our focus.”

A third project, Sea Monster, has already been in development for three years, and a fourth, Seal Team, is hot on its heels.

Meanwhile, Triggerfish’s momentum is accelerating, and the company is racking up awards, including the Sanlam/Business Partners Innovator of the Year award in 2012, and a nomination for the South African Premier Business Awards for best Exporter, as well as many awards for their films from China to Brazil. The ultimate goal is still a long way off, but anything really worth achieving always is.

Nadine von Moltke-Todd is the Editor-in-Chief of Entrepreneur Media South Africa. She has interviewed over 400 entrepreneurs, senior executives, investors and subject matter experts over the course of a decade. She was the managing editor of the award-winning Entrepreneur magazine from June 2010 until January 2019, its final print issue. Nadine’s expertise lies in curating insightful and unique business content and distilling it into actionable insights that business readers can implement in their own organisations.