Reality Check: You Probably Don’t Own That Work You Outsourced

by Kyle Torrington
in Start-up Advice
0

What Does This Mean For Your Business?

Let’s use John as an example. John has for years worked hard at his entrepreneurial vision of creating a new online peer-to-peer lending platform, and requires his software development and company logo design to be outsourced to professionals. He outsources both tasks to two separate companies: One, a software development company, and the other a graphic design agency.

Two years later, when John’s fledgling company begins to take off, he has the opportunity to franchise his company in the deal of a lifetime.

The franchise deal requires him to licence out the intellectual property of his company to the franchisees. This is common in franchise agreements. However, with nothing to suggest otherwise, John doesn’t actually own the copyright to his own software code and branding. The rights belong to the companies he outsourced the tasks to.

Fortunately, the law allows for the copyrights to be assigned, or transferred from the companies to John, but only if a written agreement is signed by each of the companies as well as John. This is an Assignment of Copyright Agreement.

Over time, John learns that to maintain his growing franchise, he needs to tweak his lending software to accommodate increased demand. He approaches his old software developer, only for a messy spat to break out with him. John and the software developer part ways.

Ever the hustling entrepreneur, he manages to appoint a new software developer to perform the required tweaks and edits to the software code (this time, with a signed Assignment of Copyright Agreement in place).

But John’s old developer hears of John’s latest recruitment, and kicks up a fuss after discovering that in terms of section 20(1) of the Copyright Act, as the ‘author’ of the software code, he may object to a modification of the software as this, according to him, would prejudice his honour. These are the author’s ‘moral rights’, and are protected in our Copyright Act.

This is an unfortunate conundrum that may result in the old developer being able to prevent any modification to the software code, and claim damages, despite John owning the copyright.

What You Can Do To Prevent This Occurring In Your Business

The writing up of an Assignment of Copyright Agreement should prevent this from happening, and should:

If you haven’t drawn up such an agreement, do so as early as possible and get it signed.

How Does This Position Differ With Employees? 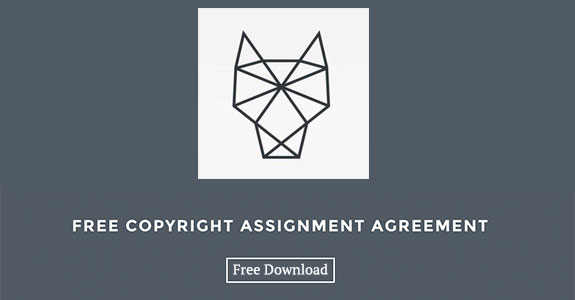 Kyle Torrington is the co-founder of Legal Legends, a company that aims to revolutionise the legal industry by being Africa’s first eCommerce website for quality legal services aimed specifically at start-ups and entrepreneurs