Why You Should Be Reading More Fiction And Watching Less News

by Jason Xenopoulos
in Self Development
0

My father used to beg me to read the newspaper. “You have to know what is happening in the world, my son,” he would say. For years, I felt guilty and irresponsible for not heeding his advice, but as I have grown older I have realised that newspapers and TV news broadcasts are not the best source of information or truth.

Most business people are all too familiar with the bookstores at airport, but many spend their time in front of the magazine rack looking for trade journals or in the business section choosing the latest Malcolm Gladwell book.

Now don’t get me wrong, I enjoy Malcolm Gladwell’s writing as much as the next frequent flyer, but I do try to mix it up a bit, turning to good literary fiction when looking for inspiration rather than fooling myself into believing that non-fiction books are filled with the truth.

Many people still think that corporations should be managed by accountants; people who deal with facts and figures, who dress in pinstriped suits and read their daily newspaper each morning at breakfast. But this stereotypical idea of a CEO went out thirty years ago when entrepreneurs like Steve Jobs began to change the world with their creativity.

We live in an era defined by creative destruction, where our ability to imagine the future is more important than our obsession with measuring the past.

Being a business leader or entrepreneur today requires vision and foresight, which doesn’t necessarily come from following the stock market, politics, or current affairs.

While this kind of transient knowledge is certainly useful, being a visionary requires empathy and a deep intuitive understanding of human beings. 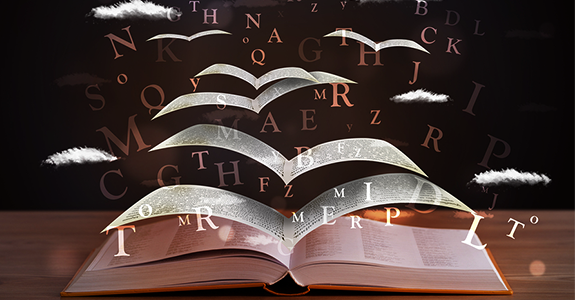 In the end, we live in a world made up of people. They are critical to your business and understanding their needs is the single most important factor in your success. Whether they are your customers, your employees or your partners, understanding and servicing their needs will mean the difference between success and failure.

Now, you could turn to The Times for a deeper understanding of these people, but in truth, the greatest human insights are to be found in literature, not in newspapers.

It is Shakespeare and Dickens with their archetypical characters that have surfaced the greatest human truths of our time, and Spielberg and Lucas and J.K Rowling.

They are the dream merchants of our era and they have pondered and distilled and made sense of things that current affairs can only report on. The news might tell you what has happened, but fiction has the power to explain why.

Jason Xenopoulos is one of the pioneers of digital in South Africa, having founded VWV Interactive in 1995 and going on to become CEO of Primedia Entertainment as well as Metropolis Transactive, the listed entity that held iafrica.com in the late 90's. Jason is an acclaimed film and commercials director as well as the ex-Creative Director of Y&R, helping to land the MTN account and driving the rebranding of Pick n Pay. NATIVE was Jason's initiative and he is now CEO of the merged entity.