South African Investors And Entrepreneurs, The World Needs You

by Amanda Smit
in Performance & Growth
0

Are Independent Experts Your Saviour Or Your Sinker?

How To Grow Your Business When It’s Already Going Good

Why Small Teams Get (Much) More Done

Citizenship-by-investment (CBI) was once seen as something only reserved for the ultra-wealthy, but it is now also becoming the new normal for business investors and entrepreneurs wanting to expand their reach. We live in a highly globalised world where the flow of goods, people, and ideas means that the freedom to move and do business internationally has never been more important. With governments and corporations across the globe constantly on the lookout for innovators and entrepreneurs, time is most certainly against those who remain constricted by their limited citizenship portfolio.

First of all, entrepreneurs with multiple passports or residence permits are able to take advantage of the benefits and best practices of all the countries to whose jurisdictions they belong, while also being less vulnerable to a single country’s risks, shortcomings, and unexpected changing fortunes. The more jurisdictions an investor can access, the more diversified their assets will be and the lower their exposure to both country-specific sovereign risk and global volatility. By acquiring a higher quality nationality, one obtains greater global access and is better prepared for an uncertain future.

Nations within the EU, for example, offer citizens and residents access to all 28 member states, as well as to a number of other countries associated with the EU’s freedom of movement charter. In addition to expanded global mobility and a reduction in sovereign risk, alternative residence and citizenship also offer individuals access to career, educational, and cultural opportunities on a global scale.

The benefits to governments and citizens of host nations 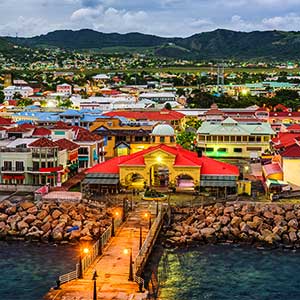 It would, however, be misguided to think that the advantages presented by citizenship-by-investment are for investors alone: for the governments and citizens of host nations the benefits are substantial. For governments, the inflow of extra capital reduces pressure on the treasury and protects national sovereignty by helping to mitigate the need for loans. Indeed, the establishment of a transparent, well-managed CBI program is not dissimilar to discovering a sustainable source of oil within the confines of a country’s national borders. Both scenarios create an immediate injection of new funds into the national treasury, which ultimately leads to greater long-term prosperity for the country and its people.

Successful applicants also bring intangible benefits to receiving countries, such as scarce skills and rich global networks. They add diversity and they uplift host nations through their demands for improved and novel services, which can create new opportunities for local communities. In Malta, for example, the establishment of a CBI program was as much about attracting rare talent as it was about generating much-needed capital in the aftermath of the 2008 financial crisis. Four years after the launch of the Malta Individual Investor Program (MIIP), Malta has one of the highest GDP growth rates — and one of the lowest unemployment rates — of any EU member state. In 2017, the country also reported a record-high budget surplus, with 90% of the gains attributable to the MIIP.

For smaller economies that face increasing trade and industry competition on the global stage, such an outcome can be transformative. Take the Caribbean nation of St. Kitts and Nevis, for example. Three years after relaunching its CBI program in 2007, the program accounted for around 5% of the country’s GDP. A year later, this figure had doubled, and after the sixth year, the figure had doubled again to 20%. By 2014, the St. Kitts and Nevis CBI program was responsible for approximately 25% of the nation’s GDP.

Moreover, other projects made possible through Caribbean CBI programs have had the knock-on effect of boosting employment and contributing to the greening of their economies. For instance, in Antigua and Barbuda an award-winning 10 MW clean-energy project cluster was realised within two years of launching its program. In addition to large-scale installations, over 50 schools and other government-owned buildings have been equipped with sustainable solar-energy systems in order to benefit from the new clean-energy supply. Such innovations were only made possible through the funds conferred by the country’s CBI program.

Thus, the inflows of funds from citizenship programs can be considerable, and the macro-economic implications for most sectors can be extensive. Just as traditional foreign direct investment (FDI) increases the value of the receiving state, bringing in capital to both the public sector and the private sector, so the benefits proffered by CBI — a form of FDI — rapidly turn the fate of a country away from debt and dependency and towards independence and stability.

In short, citizenship-by-investment is a boon to both host nations and investors alike. For South African entrepreneurs and investors who find themselves burdened by visa restrictions and red tape, acquiring a second citizenship is a simple means of expanding global reach, getting ahead of competitors, and giving something back to host nations that are only too grateful to have these talented individuals as part of their community.

Amanda Smit is a Director at Henley & Partners South Africa. Based in Cape Town, she is responsible for operations in South Africa and expanding into Africa. Her responsibilities include working extensively with direct clients interested in residency and citizenship programs and ensuring diligent processing of client applications within the set regulations. Amanda has an extensive knowledge of residency and citizenship acquisition processes within these markets and provides clients with a seamless service supported by her solid legal background. As a South African national with dual British citizenship, she understands the restraints of a limiting passport and the benefits of being a global citizen. Amanda is a member of the Investment Migration Council (IMC).